How to Deal With Pain? 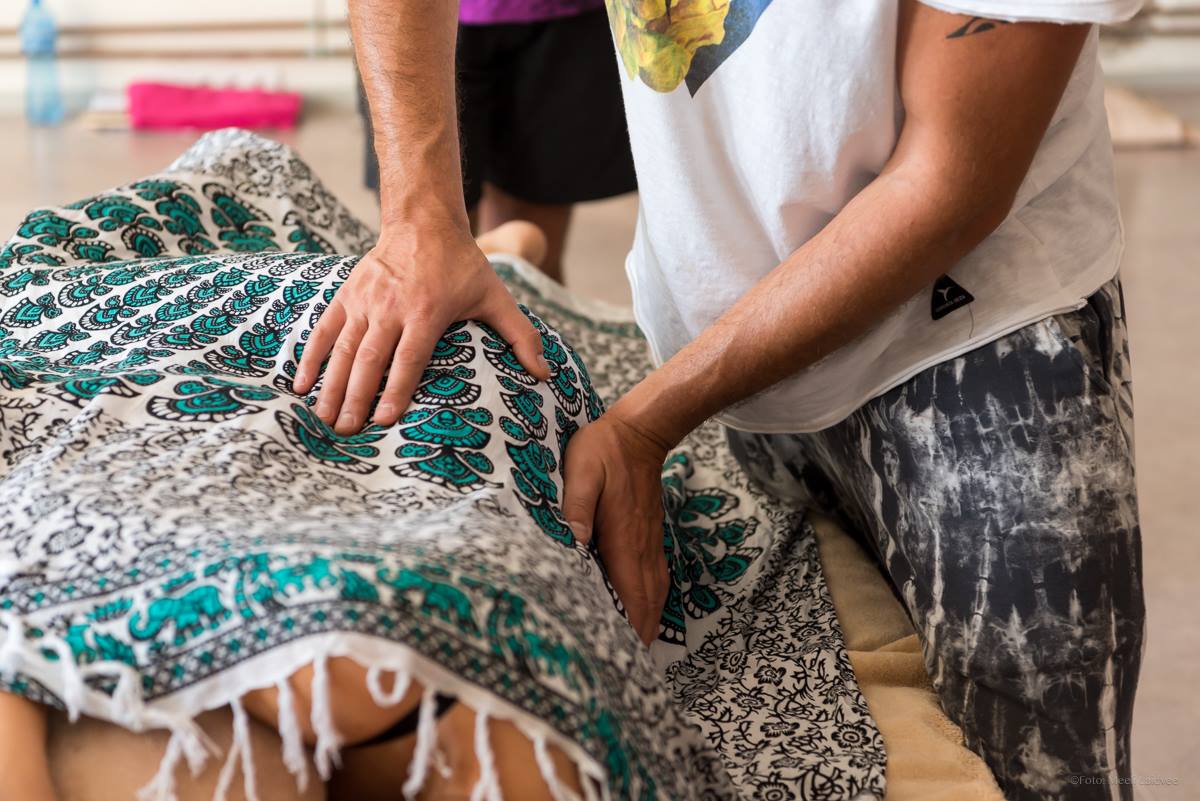 Pain, especially pain that persists for a longer period of time, means high discomfort. It disrupts daily functioning or almost makes it impossible to perform simple activities, reaching fulfilment at work or in one’s passion. In such a situation a psychological aspect of resignation and frustration may emerge, and we are faced with the question how to heal pain. It turns out that a big problem is inappropriate understanding of its source and connecting it with specific, but badly performed, activity or injury. In fact the reason for pain in many cases is contraction of soft tissue, and a solution to the problem is a holistic approach and deep bodywork.

It is estimated that soft tissue contractions cause 95% of headache and pain of the body. We can list here lumbar pain, sciatica, jaw pain (of TMJ tempo mandibular joint), fibromyalgia, carpal tunnel, tennis elbow, shoulder pain, neck pain, knees or hips, and also most frequent back pain, which affects every fourth person. The most difficult situation takes place when the pain persists for weeks. In case of ailments persisting from 3 to 6 months, we are already talking about chronic pain which is experienced by 80% of people.

In order to be able to cope with pain, we first of all have to understand its underlying reasons, and also the meaning that soft tissue contractions have, but also what contributes to them.

What contributes to the appearance of pain?

The reasons for muscle pain caused by the soft tissue contraction in many cases lies in the patient’s emotional state and their psyche. What happens with our bodies is a manifestation of our inner state. The majority of people know a situation when they have experienced a painful contraction e.g. on the back in stressful circumstances. If the emotional stress accompanying e.g. a difficult situation at work or in family relationships persists, our body defends itself by contracting its muscles, which means readiness for flight, fight or freeze – the primal instinctual reactions to threat. In this way chronic pain can occur, and its reasons can be erroneously ascribed to ailments or injuries of the body.

If we then consider our contemporary, urban lifestyle - hours spent behind a desk, and then in front of the tv or a computer, lack of movement, exercise and on top of that hurry and many stressful situations, both at work and in private life, we will see that pain caused by soft tissue contractions is an epidemic of the contemporary world.

Everyone of us has muscles which contract chronically creating a stiff holding pattern in the whole body. This is normal functioning of the body and we most often do not feel this as pain. If a problem causing emotional or mental stress appears in such a situation, contractions intensify, making pain cross a threshold of stiffening and entering a higher level of pain.

This is happening because during strong contractions nerves are squeezed, which also means that blood inflow and outflow is limited. Muscle cells do not receive the appropriate amount of nutrients and oxygen, which makes them undernourished and overworked.

Usually when pain occurs, our goal is to quickly eliminate it. We reach for pills which will limit it. This is how we do harm to ourselves because we simply sedate pain, instead of healing it. This is a very clear body signal to take care of the body. The body is part of our daily life and deserves respect, attention and understanding.

One can call up a concept of “levels of contractions” which allows an understanding that pain developes gradually and is perfectly reversible, in the same way as the soft tissue contracts and softens to its natural state. Unfortunately, lack of reaction in the right stage causes the problem to grow and at a certain stage it requires more effort and work.

On the first level of this pain cycle muscles feel in pain and move only in slight pain. The body strives for attention, really calling for our reaction. If at this stage we decide to have some bodywork done, we can easily sooth the symptoms.

At the second stage muscles and fascia become more contracted and there is less fluid flowing to the cells, which causes micro-tears. They are repaired by scare tissue, which in its nature is not very flexible or porous, it limits movement in muscles and creates a network of tension.

The third stage occurs when there is a higher percentage of scar tissue, and sometimes it takes place in the muscle tissue. It causes strong pain, also radiating pain and a sense of numbing towards legs and arms. Muscles become weak. As a consequence, it can lead to impaired movements in a person experiencing pain.

We very often approach healing pain via only one way of thinking. This is not only our tendency but that of many doctors, because medical specialisations focus on small areas of the body. One can speak about a reductionist approach - when there is knee pain we only have a look at the knee. We lack a look at the whole structure of the body in relation to the area afflicted with pain. There is a lack of a holistic approach and a more in-depth understanding of pain. In the meantime, there is more and more research on how the whole structure of the body determines the health of an individual. This, in turn, can lead to a revolution in our approach to pain, and makes the whole structural and bodywork approach popular. One can notice already a growing popularity of soft tissue clinic among athletes or dancers for whom debilitating pain disrupts training.

Body Therapy according to MER, Myofascial Energetic Release - Why Is It Worth Getting to Know It?

Each of these components is important, but MER itself is larger than the sum of its components. This is organic, holistic system in itself. It is a continually evolving method which can include a number of techniques and preserve its basic character, says Satyarthi Peloquin, the founder of MER.

Body therapy according to MER is an example how on each stage of he pain cycle one can lead to healing and regeneration of tissue, and by that healing pain.

The basis for this method is the conviction that the body is flexible, is prone to being shaped, is fluid, flexible and it can also learn new ways of relaxation, flexibility and aliveness. At the same time the excess of fascial tensions, bad postural habits and pathological holding patterns makes the body fall out of balance, according to  Satyarthi Peloquin.

MER – the Myofascial Energy Release - specialises in Structural Bodywork, which was created as an original technique by Ida Rolf in 1940. Therapy integrates part of the body by using deep pressure on muscles and fascia, releasing the body from holding patterns caused by physical and emotional traumas and inappropriate use of the body.

MER is also work with the energy of the body which has its source in the discoveries of Wilhelm Reich, who saw a connection between pathological psychological states and tensions held in the body. A number of methods based on his discovery works with the energy of the body, teaching therapists how to recognise emotional energy release and psychological holding patterns in the body which disrupt the natural flow of energy.

The basis for bodywork in the Myofascial energy release is approaching and practicing a state of awareness and self-regulation of natural health. We use supported stretches in order to maintain improvement in body joints and support flexibility of tissue. MER also touches working with trauma as the result of accumulated unused energy created in a situation of threat and during disruptive experiences. We combine dr Levine’s work to release physical and emotional symptoms of trauma when they appear during a bodywork session, says Satyarthi Peloquin, the creator of MER.

A significant element of MER bodywork is not only an intervention, i.e. bodywork, but also education as a way of knowing how to allow the body to release the muscles and grow awareness of how to use this new opening and this new intelligence which emerges in us through body/mind.

Summing up, one can indicate 5 steps on the road to freeing yourself from pain. First of all, this is happening through releasing the contractions of the soft tissue. Secondly, it is important to introduce improvements in posture of the body. On the road to eliminate pain, it is important to become aware of emotional and physical reasons for stress which provoke soft tissue contractions. Every time a therapist has to reeducate the client within basic movement patterns: how the client is sitting at the desk, how long is the client sitting, how the client walks etc. The goal is showing how to move better and better positioning of body posture, less straining of the back, more in a state of relaxation and allowing for good and healthy functioning of the soft tissue. The last step is maintaining the achieved effects through one’s own work, short sessions of stretching and self-massage daily.

Please check that you have filled all fields.