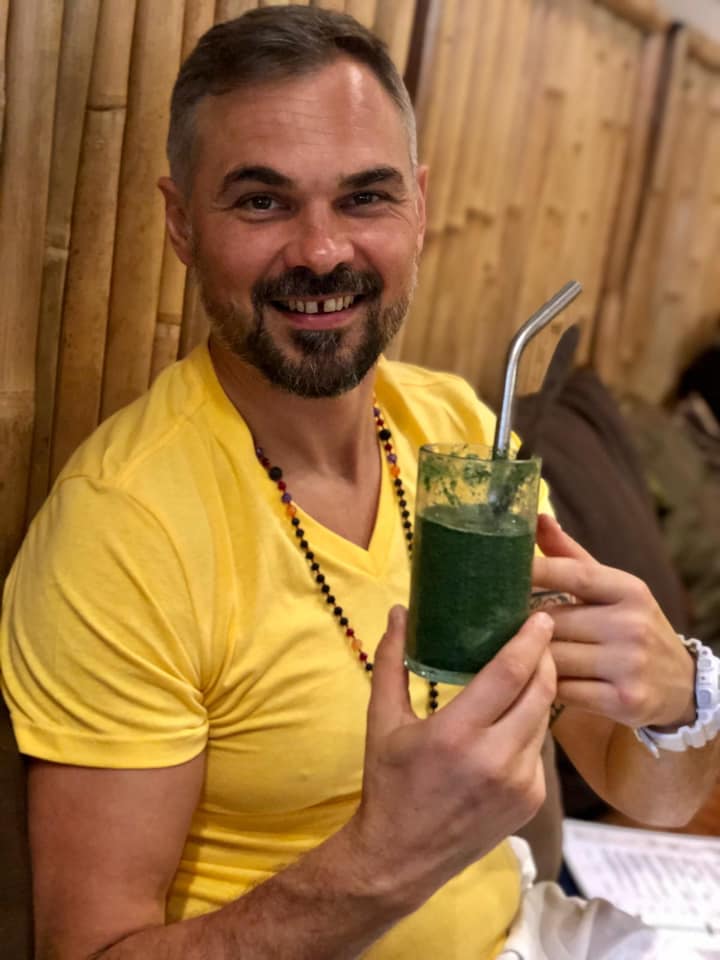 If you were around me 20 years ago, in 1999, you would have had a huge breakfast with me including a big piece of meat, probably a sausage, with eggs, cheese and all other breakfast ingredients on the table. I wouldn’t have even imagined a meal without meat. For me, any dishes without meat could not be nutritious enough. I remember those days I was depressed and feeling pain all around my body and I wasn’t even in my 30s yet! Days were following one another until one day my body refused to eat meat! I couldn’t even have one bite from my favorite fried sausage for breakfast in the morning.

At first, I thought this was something temporary. That feeling could go away in a few days or in a few weeks. But after some time, I realized that this was not temporary, and it was the beginning of my new, healthy life. My life changed completely! Beginning from that morning I have never had any kind of meat, I lost 20 kilos, I became more energetic and active in the first year of becoming vegetarian. It was a huge change in my life. It has been 20 years now and I noticed that it was my body calling out and saying: “Hey, don’t you hear me! I don’t need meat to be healthy! Listen to what I say and be amazed about how your life will change”. In fact, I could only receive that message after some time trying to fight back to go back to my “normal” way of eating and then I finally understood what my body was telling me.

Last 5 years I had been feeling that there was still something that had to be changed. Things were not fitting quite well with the way I was eating. I found out that those things were dairy products and food that include gluten like bread and pasta. I was seriously thinking about becoming vegan but letting go of bread and butter? I thought it was impossible and only admiring vegan people around me. I was examining them and found them the healthiest and happiest people in my environment. I was also making online researches about the effects of being a vegan. According to some research, vegan diets are linked with lower blood pressure and cholesterol, and lower rates of heart disease, type 2 diabetes and some types of cancer. You can eat a totally plant-based diet and be excellently healthy while helping animals and protecting the planet! What else one can ask for?

It is the time

As it is stated on this BBC article; there are now four times as many vegans in the UK as there were four years ago. According to a recent analysis, together with 10 previous studies’ results, going vegan will make you healthier! The researches stated that being vegetarian or vegan was associated with a significantly lower risk of heart disease and cancer.  With my findings I decided to begin my journey when one of my closest friends became vegan in January 2018. I observed his changes for a few months, and it was incredible. He became fitter, stronger and more importantly he had a more positive attitude towards life and people around him. He seemed very happy which inspired me even more. I told myself that it is the time.

In March 2018 I gave up eating cheese, dairy products, bread and pasta except gluten free options in the beginning. I have to admit that it was not as easy as I thought at first. But I was focused and after a short time, a few weeks later I may say, I observed many changes in my body, so I decided to continue. I had to be very creative because I travel a lot around the world and I often eat at the restaurants and hotels. Most of the places do not offer suitable options for a vegan and gluten free person. But I found my own way. I started to carry a jar of tahini, a piece of raw cacao paste chocolate or some gluten free corn chips. After some time, I noticed that letting go of gluten made me feel lighter and after each healthy meal I felt happy and enthusiastic. I am definitely much more energetic than before, I feel like I am 18 again! I don’t even feel tired after having lots of activities including travelling a lot, teaching, training or giving sessions. In a few weeks following my strongest intention my body adjusted naturally and I noticed that eating as a vegan became very easy. I realized that actually, I was surrounded with many options, but I wasn’t seeing them. Even at the airports there were many options such as nuts, fruits, smoothies, juices and gluten free chips.

Feeding my body only the best

Now it’s been 10 months since I’ve changed my diet completely, I must say that becoming vegan is absolutely one of the best decisions I’ve ever made. I feel more energetic, happier, healthier and fitter than before. You may ask if veganism is the best solution for everybody or not. Then my answer would be, everyone can and also has to find their own way. But what I know by heart is that my body is my temple and my body is wise enough to tell me how to feed myself. After having heavy meals, I was feeling sick because I was taking acidic or toxic food in my body. Then I decided to feed my body only with the best quality organic, vegan and natural products because I noticed that when I do this my body thanks me in its unique way making me happy and joyful and enthusiastic about life which I love sharing with people around me.

That’s my journey about becoming a vegan. If you are interested but do not know where and how to begin, you can start by reading the following articles:

What about you? Are you happy with your diet? Are you ready to make some changes to celebrate your body?

Please check that you have filled all fields.